With a host of movie quality features including the oblique mosaic fireplace and large Oregon round handrails, there was always character to spare here.

Sadly the kitchen, a maelstrom of Formica, let the place down. It was a dead end for a family who loves getting together around mealtime. We have made a Totora Island bench like a piece of furniture Island for people to drift around as they share stories over a bottle of wine. The new timber doors open onto the west deck for seamless connection to the Khandallah bushscape. The joinery behind is matt white to fade away visually and make the island the feature. This home looks a million dollars at twilight.

This project was built by D A Lyons Building Contractors Limited. 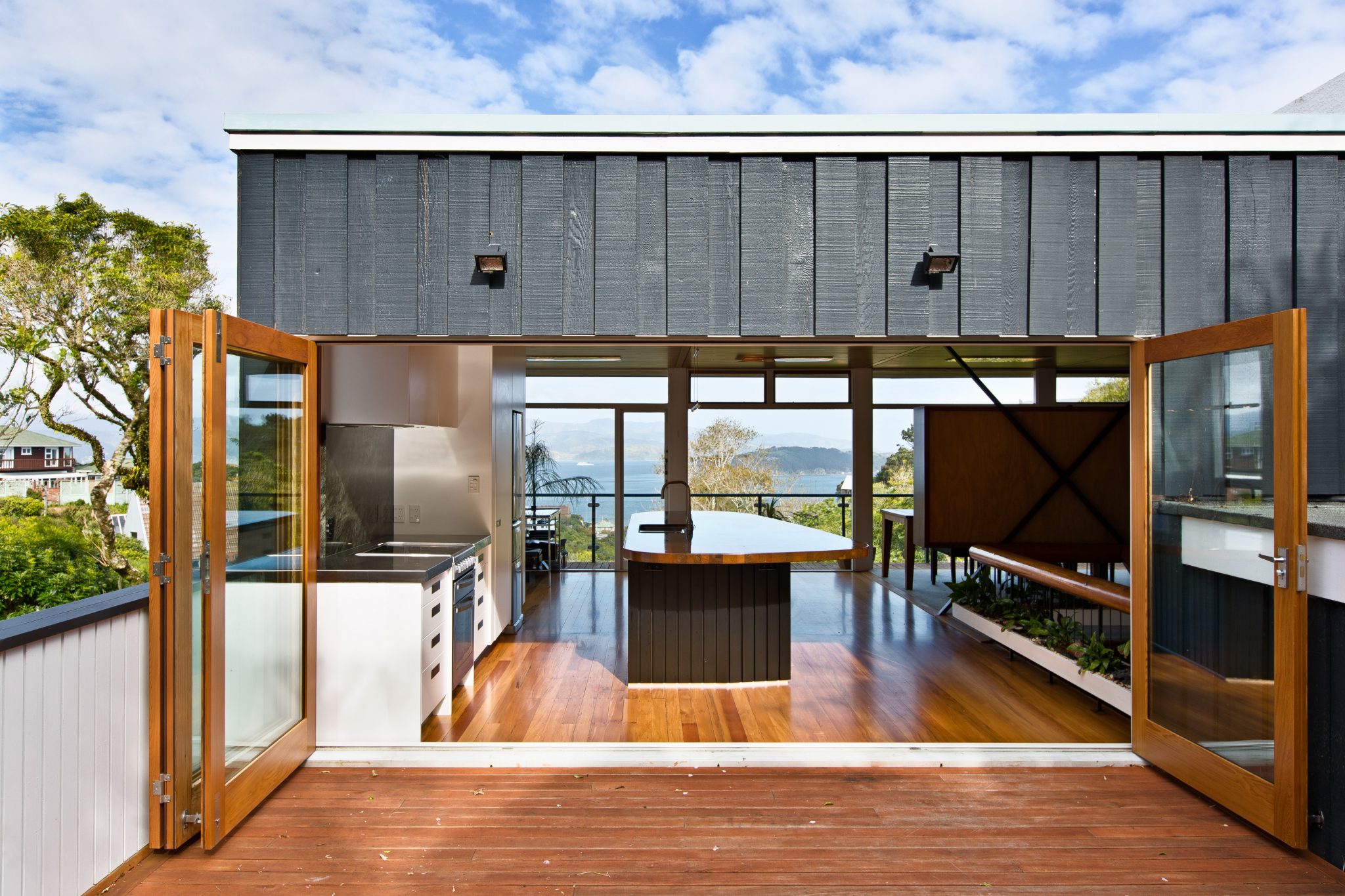 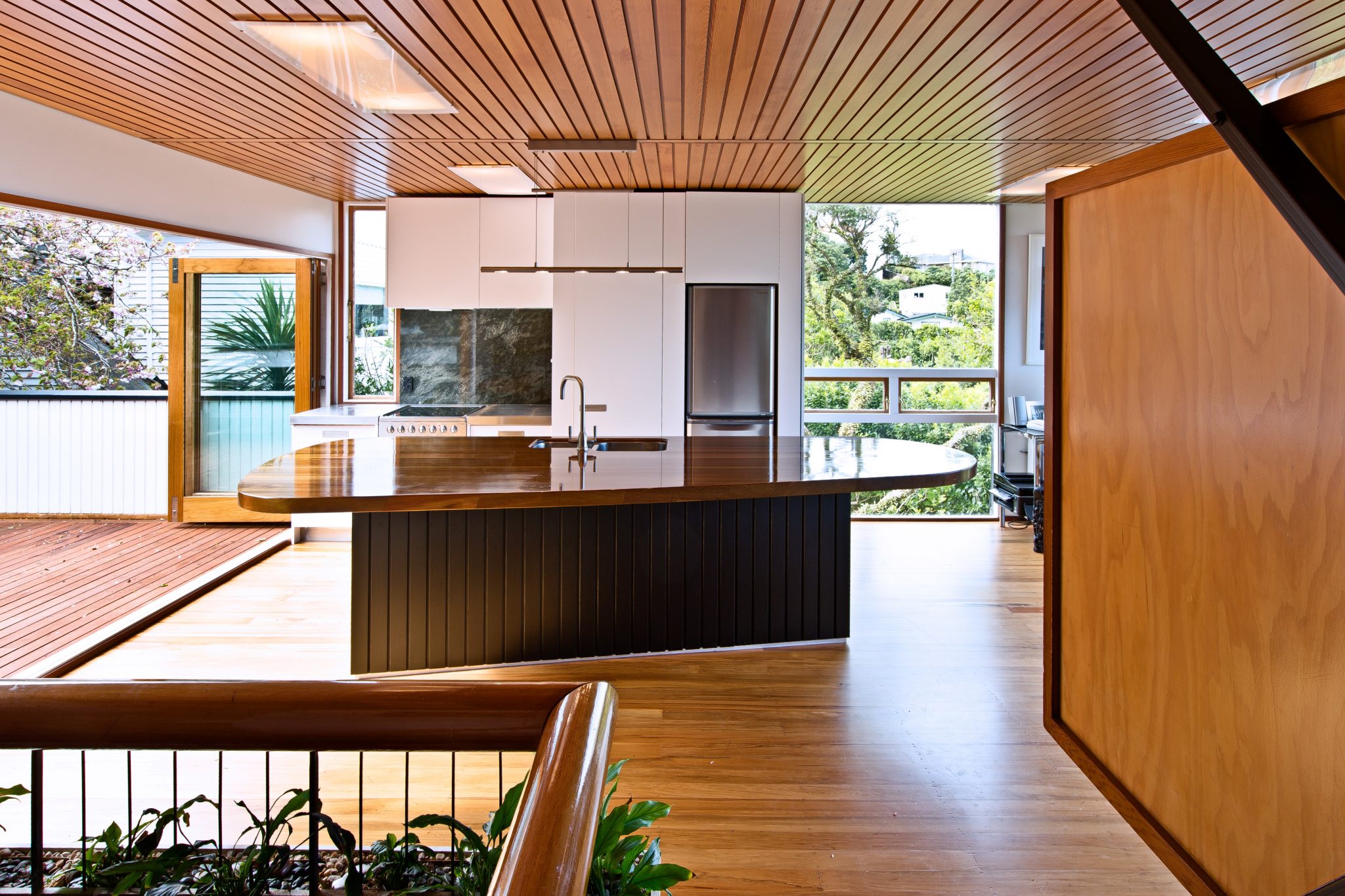 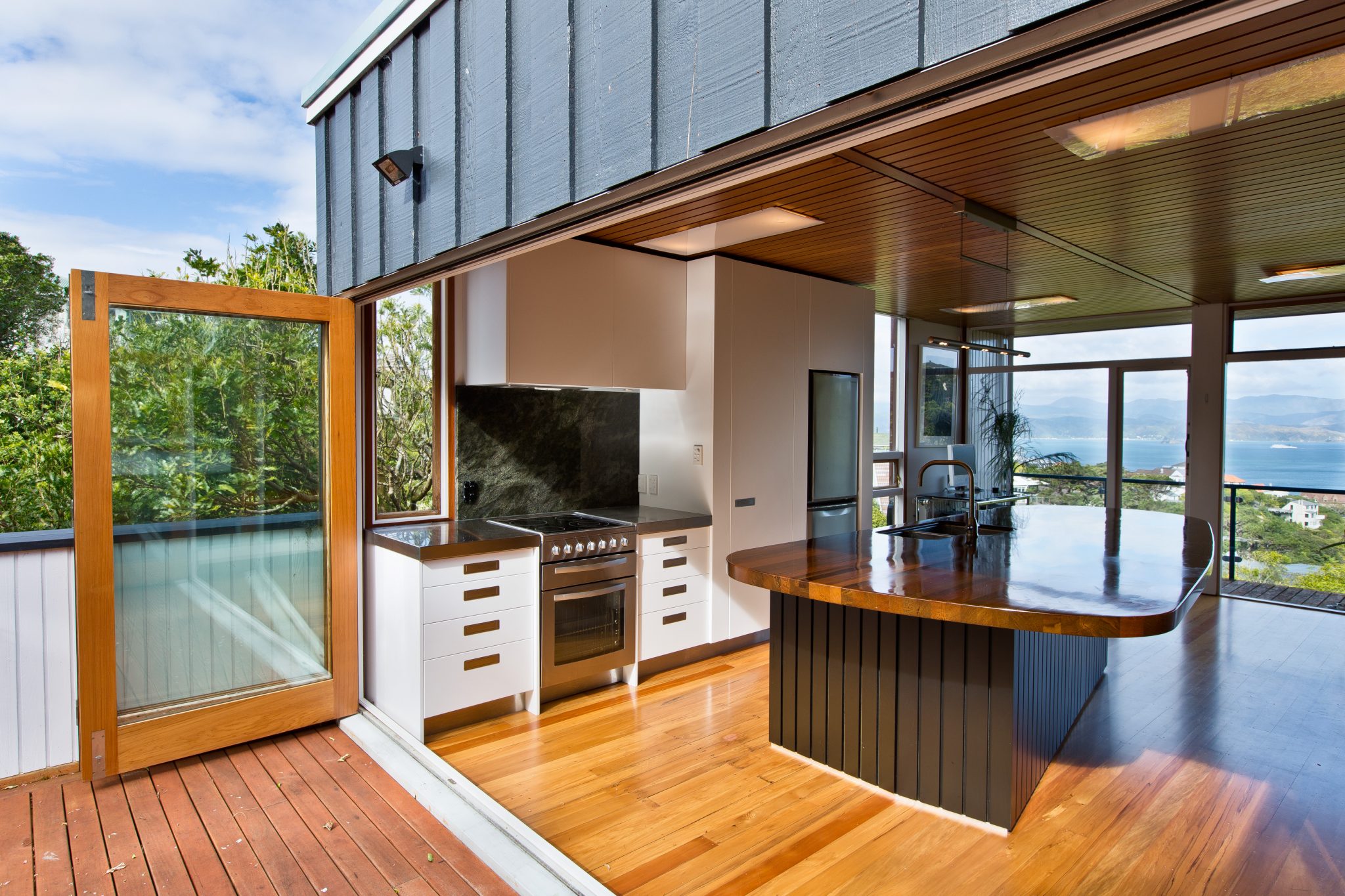 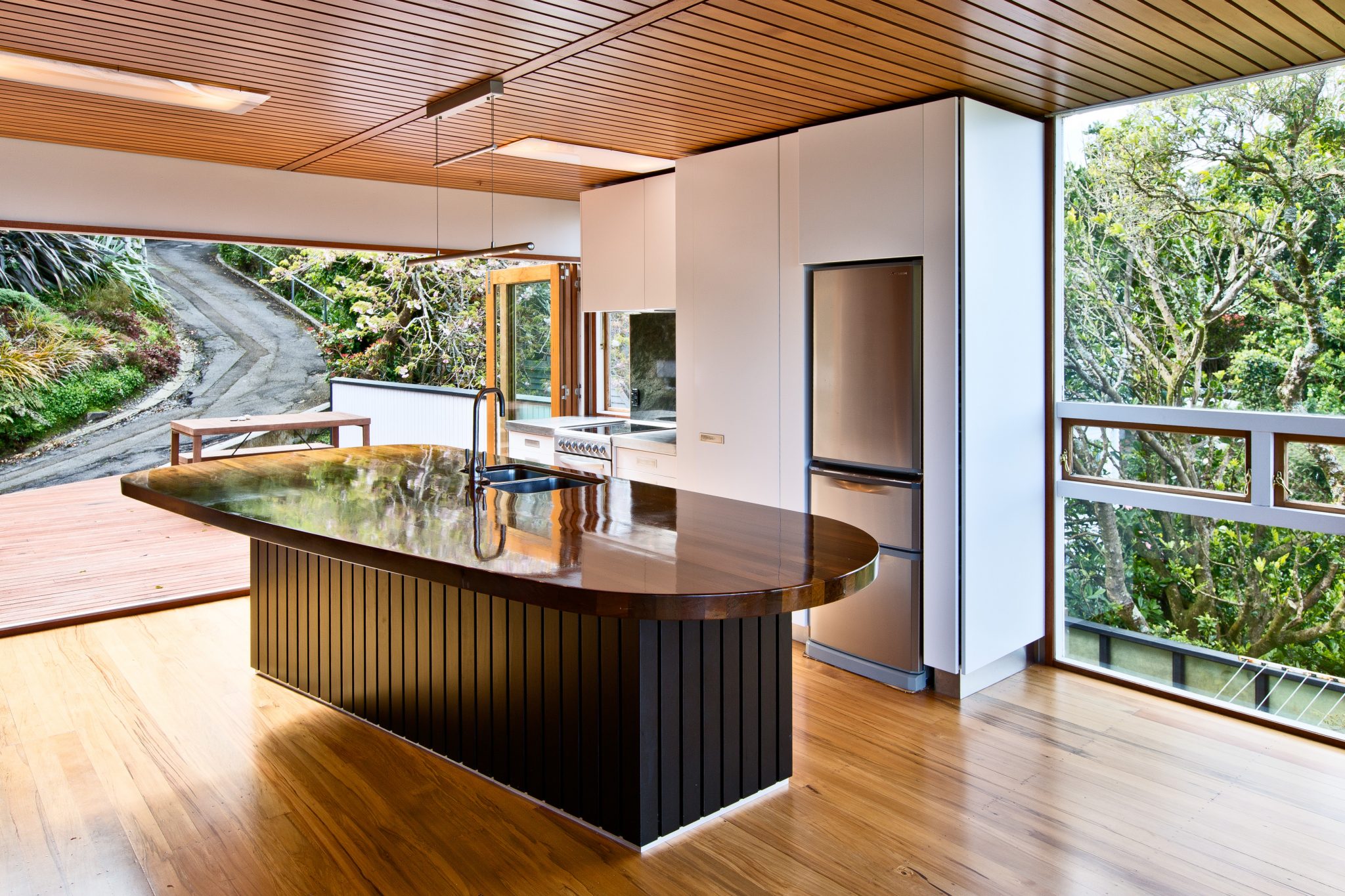 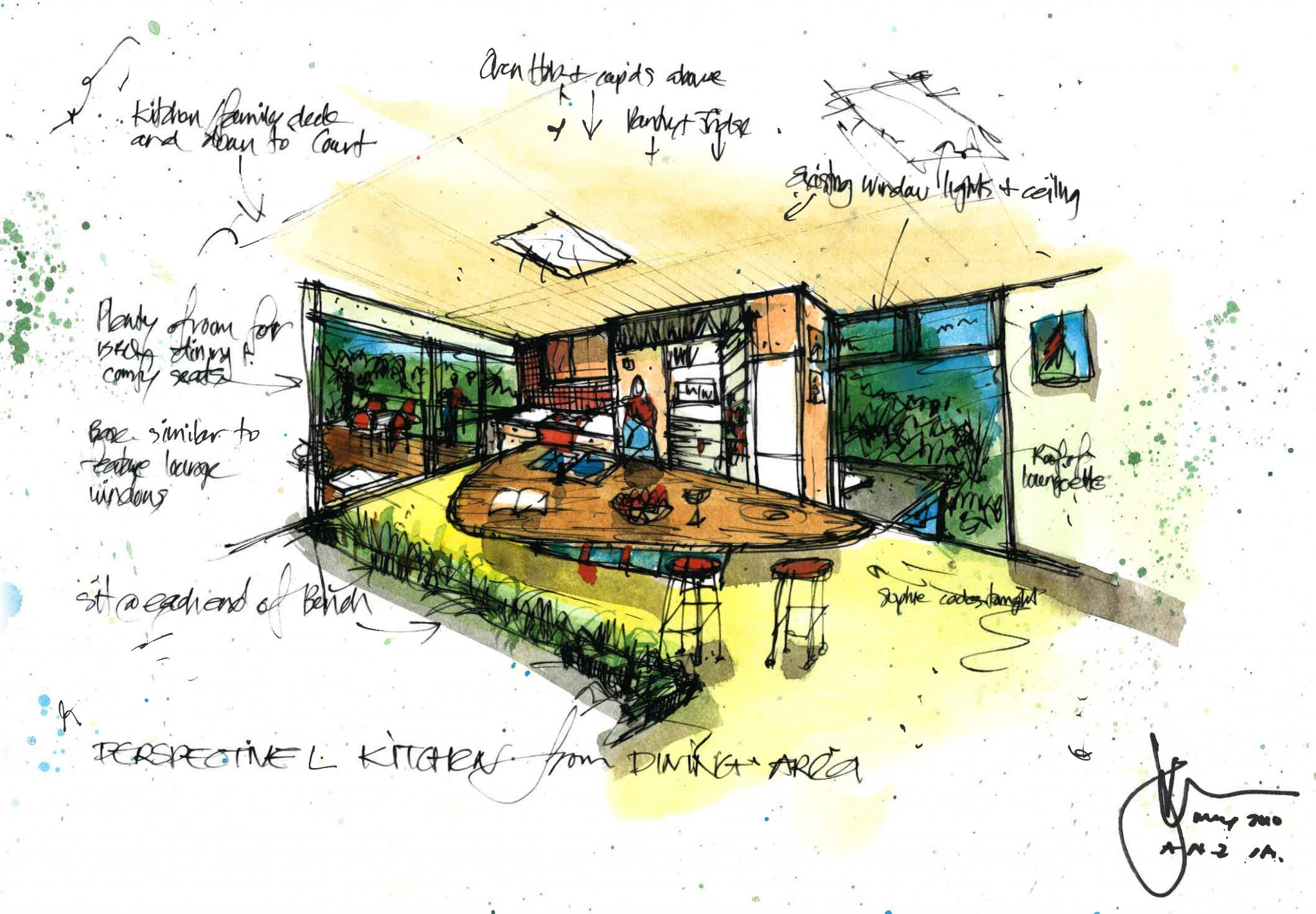